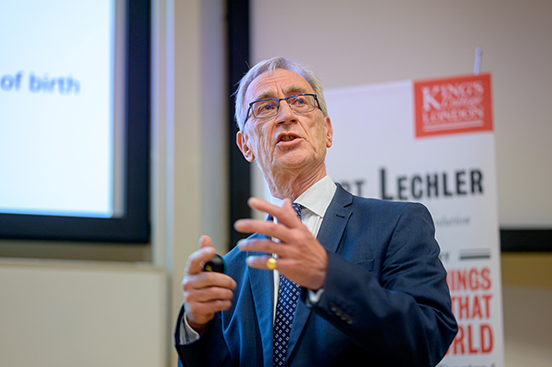 Inaugurated by the former President & Principal of King's College London, this lecture series provides a platform for a distinguished academic to present and develop an argument over the course of three consecutive addresses. It is an opportunity for a topical subject to be fully explored; to challenge current thinking; to introduce emerging research at King's; and to engage the public. In particular, it is an ideal way to ensure that the contributions the university makes to society are more widely discussed.

A lecture series will often draw together different facets of research and present original perspectives. These insights needed to be captured and recorded, so the publishing of the lecture 'transcripts' was considered an important conclusion.

However, post-lecture, it quickly became apparent that transcribing what the speakers actually said didn't really make for a good 'cover-to-cover' read. Full of pauses, references to slides, compressed commentary and ad-lib asides, the full depth of the narrative did not come across well when the audio and visual elements were disconnected from the lecture experience. 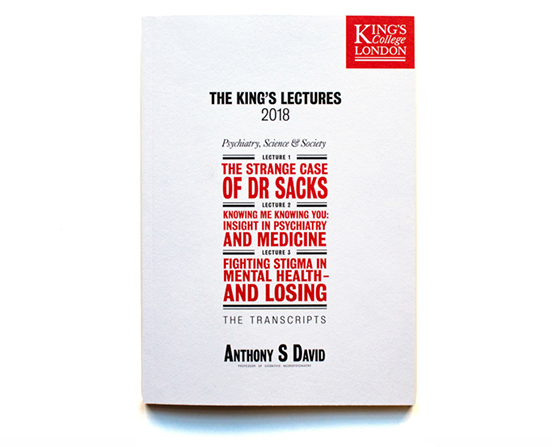 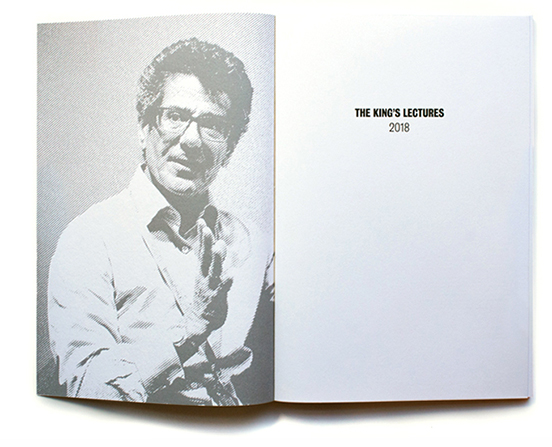 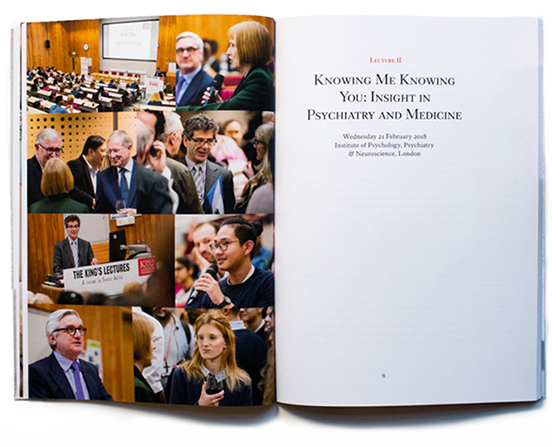 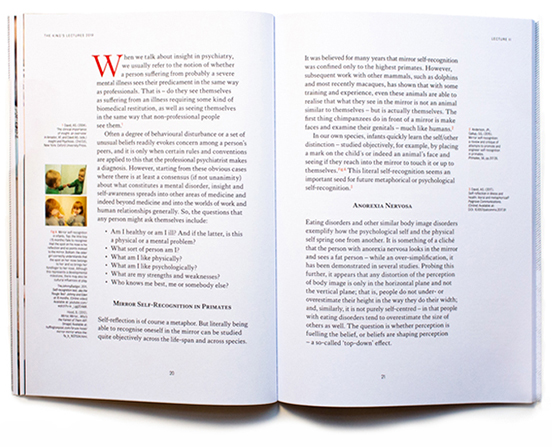 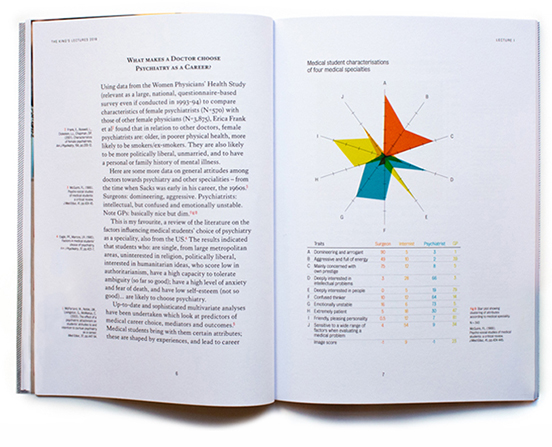 Each lecture had to be re-written. Points made were teased out and further explored in depth. More detail could be woven into the narrative, with qualifying references and footnotes included. 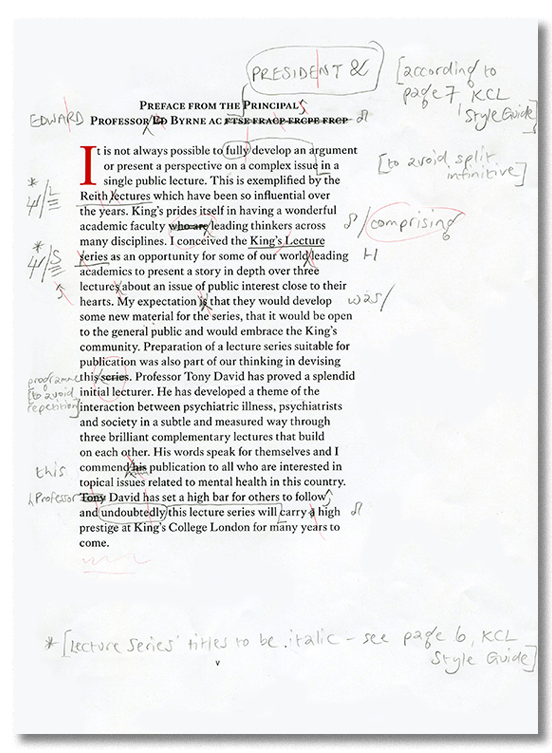 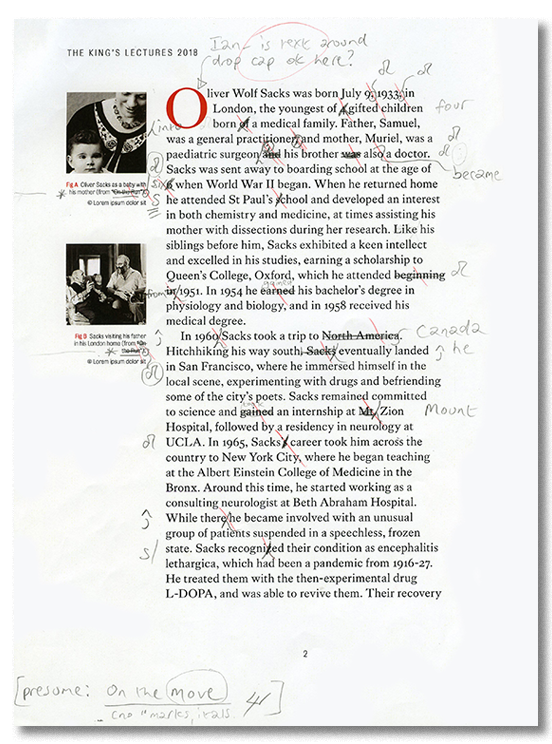 Atelier managed a lengthy exchange of proofs between the speakers and a professional proof-reader. This supporting level of editorial professionalism helped to position the transcripts as an authoritative series of publications.

Lecture imagery was gleaned from the internet. This is fine for academic use. However, for publishing purposes most images were of a very poor resolution and were subject to copyright restrictions. Retrospectively acquiring high-resolution images and securing permission to publish was not feasible.

Atelier re-read the draft transcripts, extracted fact-based points and then prepared some initial info-graphics. These were presented to the speaker as alternative lecture imagery. The info-graphics were readily accepted as strengthening the lecturer's points and then adopted by subsequent speakers. Thus, an info-graphic style for King's is beginning to emerge, helping to supplement the King's brand guidelines. 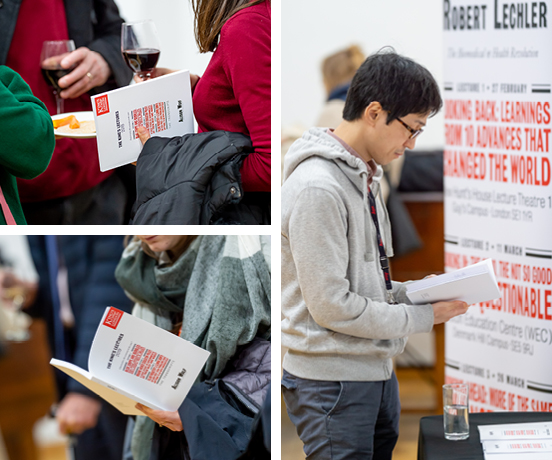 The King's Lectures transcripts are available to attendees at these events. In addition, the Principal often gifts copies to fellow academics, opinion-formers and VIPs.